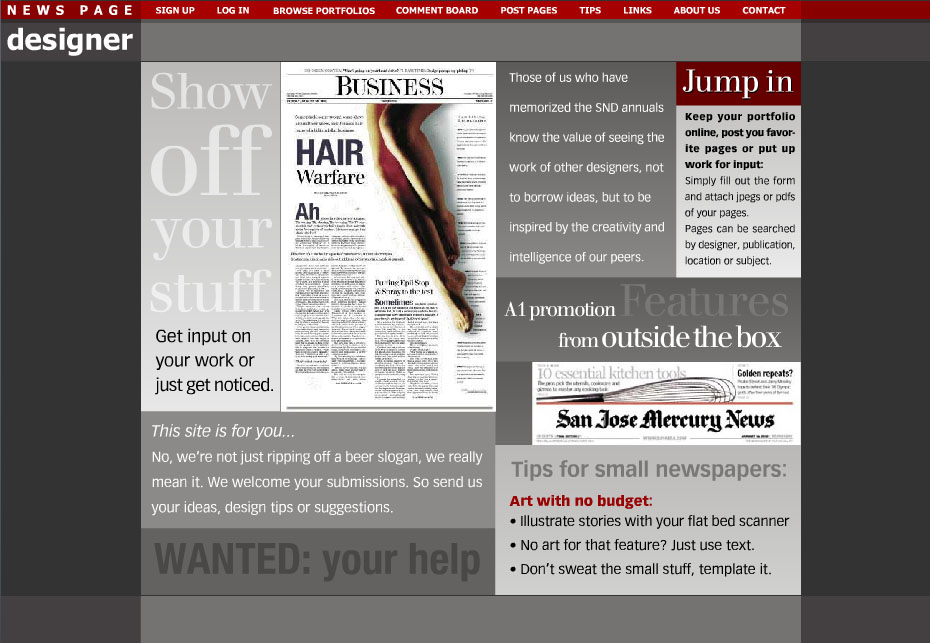 This site is an evolution of NewsPageDesigner.com, which was started by Tim Frank and Eric Kaiser in 2002, above, and was hosted by the Sun Journal in Lewiston, Maine until 2009.

There were only half a dozen or so daily papers in Maine and the only out of state papers you could find were the New York Times and the Boston Globe. We wanted a way to see what was being done in the rest of the world and to create some community. Before the original site went offline it hosted over 30,000 pages by designers and artists from around the world.

The current site, newspagedesigner.org, was established by Tim Frank in February 2009. The site currently hosts nearly 9,000 members, who have posted over 130,000 pages.